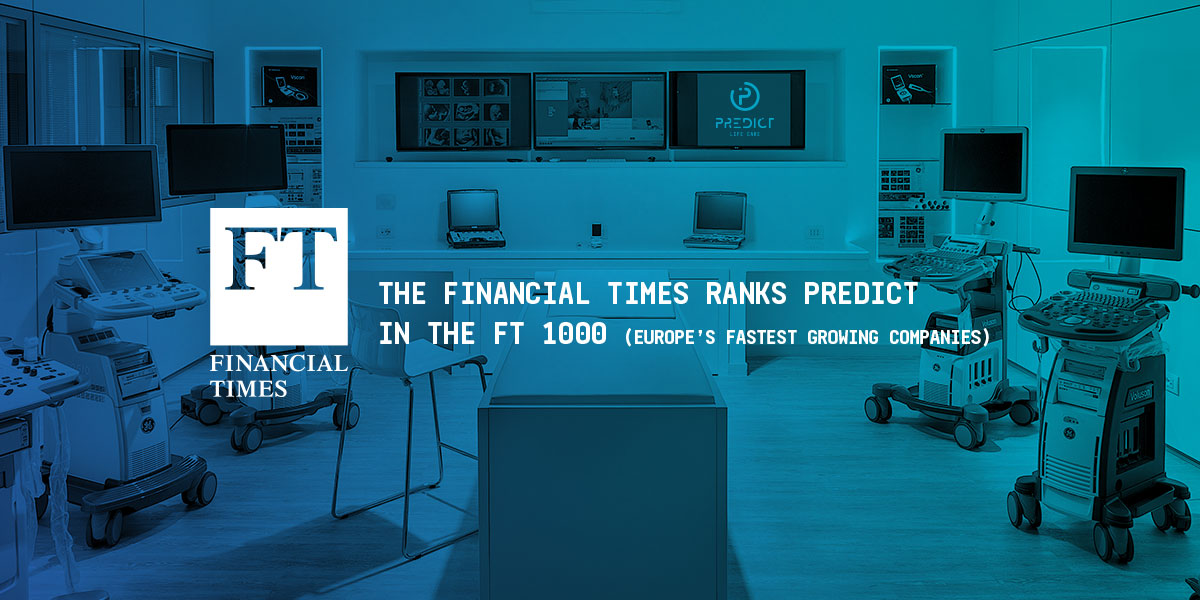 The Financial Times has announced the first FT 1000: Europe’s Fastest Growing Companies, a list of the top 1000 companies defined by the main English financial newspaper as “the principal driving force of the European economy in the 21th century”. Compiled with Statista, the leading German institute of statistic, the research has involved indipendent companies headquartered in one of the 28 European countries which had a starting revenue of at least € 100.000 in 2012 that turned into a generated revenue of at least € 1.5m in 2015. The ranking, based on a 3-year revenue growth, has taken into particular account the Compound Annual Growth rate.

The Apulian company Predict srl, with an increased revenue of 333% between 2012 and 2015 according to the CAGR, has achieved position 360th in the general ranking and position 53rd among the Italian companies.

“It is a recognition that rewards and encourages us to work with more enthusiasm and commitment” – said Eng. Angelo Gigante, sole director of Predict. “Our company sells electromedical equipment in Apulia and Basilicata, and in particular provides General Electric Healthcare ultrasound systems. Nevertheless – continued Eng. Gigante – even if this is our core business, we are very interested in educational projects (such as our Ultrasound Academy), and in scientific research projects (such as our cluster “Inside the Breath” in collaboration with the University of Bari, and the project of augmented reality named OPTIP)”.

On the whole, Italy has achieved a good placement in the ranking: it has been the third European country after the UK and Germany in this special ranking that has rewarded the innovation and growth capacity of the companies.

Predict looks to the east: a new office in Shenzhen
9 September 2019
Go to Top